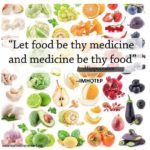 Even kings and queens bowed at his throne and was a known scribe, chief lector, priest, architect, astronomer and magician (medicine and magic were used together.) For 3,000 years he was worshipped as a god in Greece and Rome.

Imhotep was also a poet and philosopher who urged contentment and preached cheerfulness. His proverbs contained a “philosophy of life.”  and he coined the saying “Eat, drink and be merry for tomorrow we shall die.”

The Goddess Awakening & Healing Sanctuary, LLC inspires, educates, and empowers melanated women to be their most authentic and healthy selves by tapping into the Goddess within.

DISCLAIMER:  The content and material on this site is for informational and educational purposes only. It’s not a substitute for professional medical advice, treatment or diagnosis. Please consult your health care provider before starting a new program or treatment.